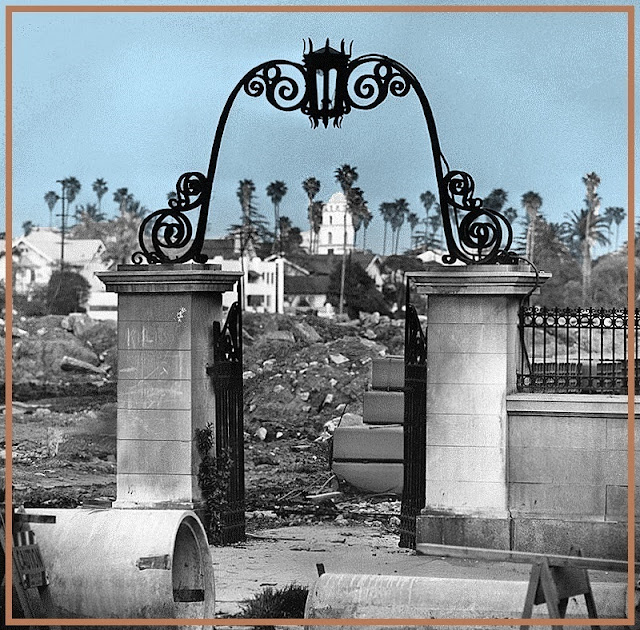 The gates of Berkeley Square

After William R. Burke decided to turn his barley field into the gold coast, he commissioned Alfred F. Rosenheim to design impressive gates for each end of Berkeley Square, entrances meant to be both welcoming and restrictive. The French Renaissance–inspired limestone-and-iron designs spread wide to include central vehicular drives flanked by pedestrian paths. Figurative gates to ownership in Burke's new subdivision, by the way, included a test of ethnicity and the requirement to spend, beyond the price of your lot, at least $20,000—about $500,000 today, which actually doesn't seem like much—to build your new house. According to a Square resident of the 1940s, as traffic on Western Avenue increased—indicating the need for the wider, faster arterials to points south and west of downtown that would eventually arrive in freeway form—the main gates at that end were kept closed to limit public access; other sources indicate that the gate closures alternated between east and west ends. In any case, it seems that the scourge of many American private streets had set in on Berkeley Square: It was becoming a popular cut-through for commuters living beyond the Square, late for work in the morning or in need of a martini in the evening. And no doubt Jim Stark and his friends found the Square's wide roadway an irresistible strip for popping wheelies and playing chicken. 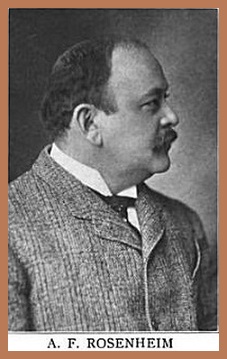 Alfred F. Rosenheim was a nationally known architect of the era, born in St. Louis—birthplace of the American private street—in 1859. He practiced in Boston for nearly 20 years before returning to St. Louis in 1899. Soon after, he was commissioned by Herman W. Hellman to design the banker's eponymous building at Spring and 4th streets in downtown Los Angeles (Historic-Cultural Monument #729 and still extant). Rosenheim arrived in the city in 1903 to oversee its construction, so was just in time to participate as a local architect in the founding of Berkeley Square. Other West Adams landmarks by Rosenheim—ones that still stand—include the 1910 Second Church of Christ Scientist (HCM # 57) at 948 West Adams Boulevard (originally Adams Street) and the 1910 Eugene Britt house (HCM #197) at 2141 West Adams; the architect's own house (HCM #660) at 1120 Westchester Place in nearby Country Club Park is also still with us.

A drawing of the gates proposed for the Square appeared in the Los Angeles Times on September 25, 1904; at top is
the view slightly northeast through the southwest Gramercy Place pedestrian gate at time of  demolition,
1962. Seen through the arch and across the path of the coming Santa Monica Freeway is the
tower of the Armenian Gethsemene Congregational Church, which that year was purchased by
the Church of Christian Fellowship, still a presence at 2085 South Hobart Boulevard. 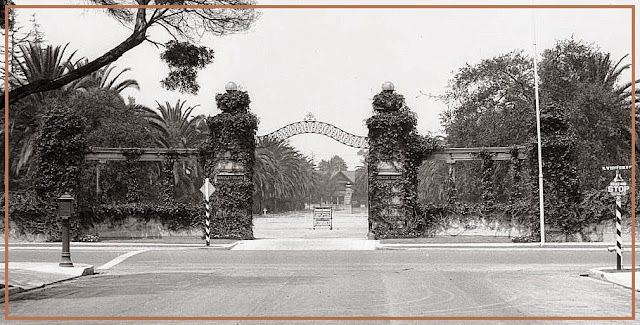 A view from 22nd Street west across Western
Avenue, 1931; the sign reads PRIVATE DRIVEWAY/
DELIVERY VEHICLES/HEAVY HAULING/MUST USE REAR ALLEYS/
GRAMERCY GATE CLOSED. The south main gatepost is seen in the
distance to the right of the sign; the house behind it, built in
1908 and still standing, is 2229 South Gramercy Place. 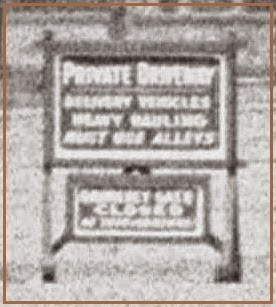 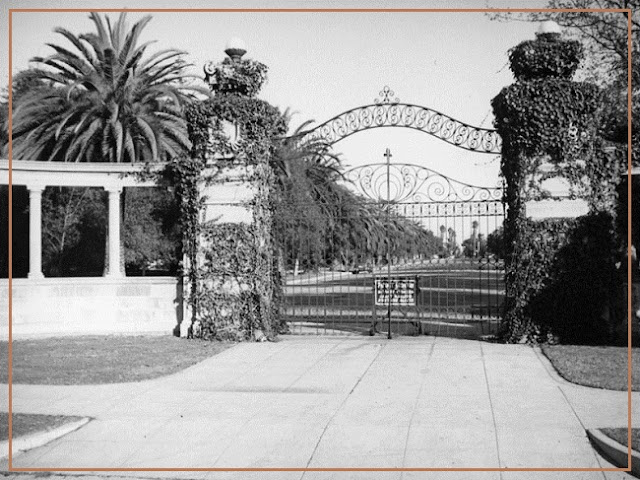 Above, the Gramercy Place gates, circa 1940; below, the southeast pedestrian gate, circa 1940 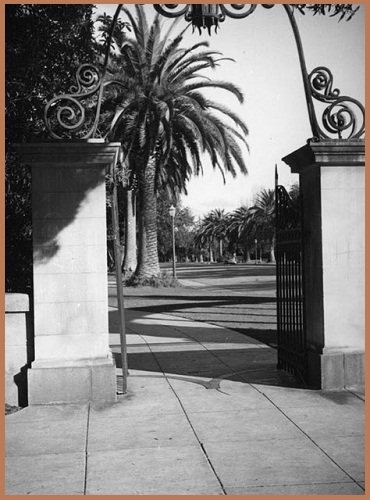 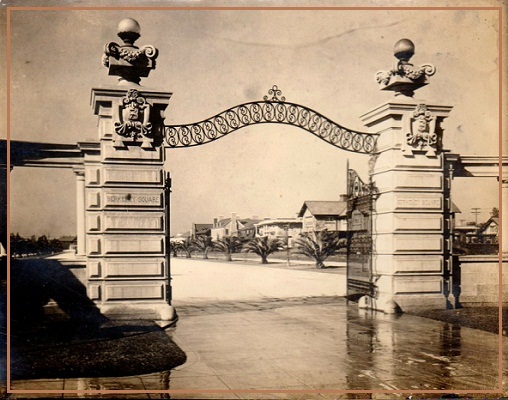 A view through the Western Avenue motor gates at the east end of the Square, circa 1913