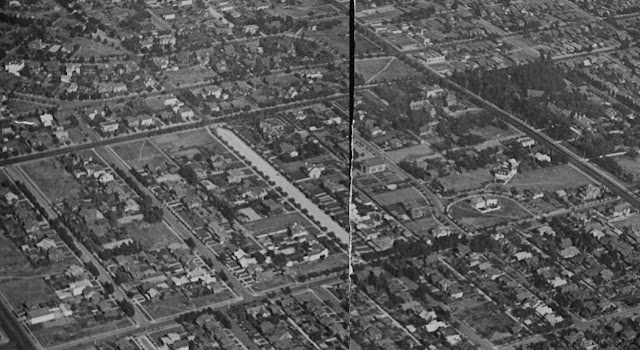 The Square is at center in the aerial photograph above, with several lots as yet unbuilt upon and palms still stubby. The 10 now plows between its main drive and the still-extant 21st Street a block to its left. Western Avenue is two streets below Harvard Boulevard, which curves to enclose the Rindge house, at the heart of what was later called Sugar Hill, at top center. The intersection of Washington and Gramercy is at lower left; that of Adams and Gramercy is at center right. The semicircular street to the right is Gramercy Park. And the eventual obliteration... 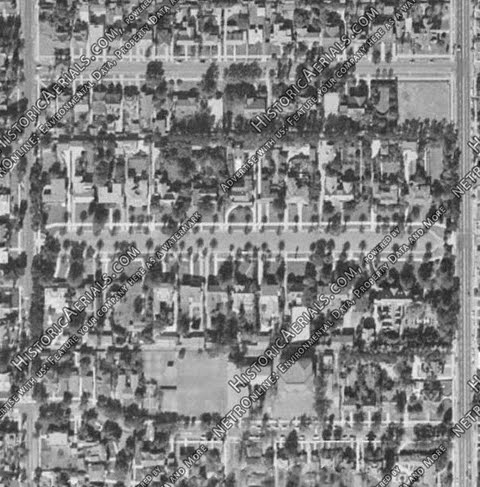 1954: The palms are now towering, but the bell has tolled for Berkeley Square.
Gramercy Place is at the west end, left, Western Avenue at the east.
West 21st Street is to the north, West 24th to the south;
the rear property lines of the Square are marked by
the subdivision's private alleyways. 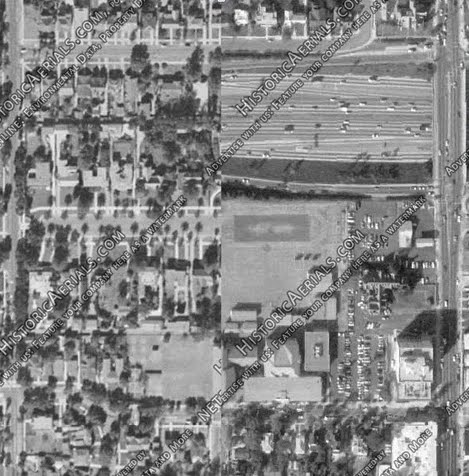 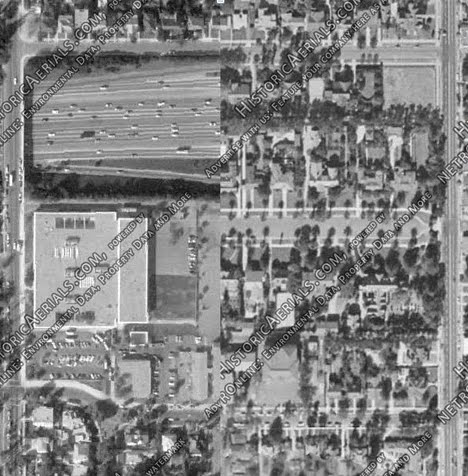 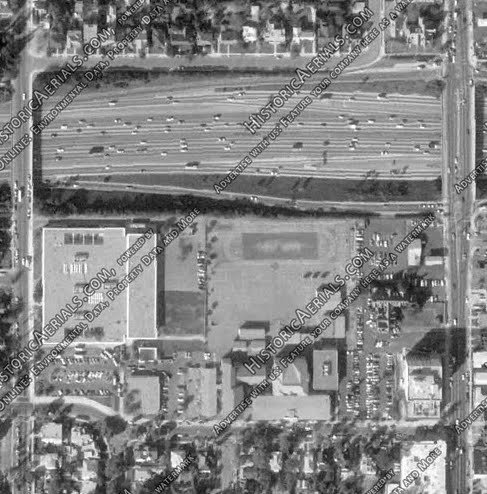 1972: The Square is gone, save for one house at the southeast corner (dark roof at right below the freeway) that has survived all the rest, and the street itself, by nearly a decade, if only for a few months more....